NASA Approves Advanced LASIK for Use on Astronauts

Back to Custom LASIK or Custom PRK

IntraLase® Method Proves Ready for the Rigors of Space Travel 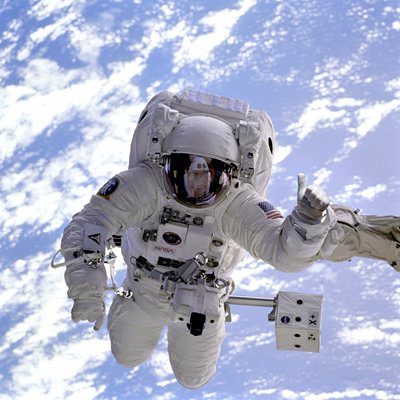 Approved for use on consumers almost a decade ago, more than 11 million LASIK procedures have been performed to-date, making it the most-common elective surgical procedure in the U.S. But it wasn't until LASIK developed into an all-laser procedure that NASA approved it for use on pilots, mission and payload specialists who face extreme, physically demanding conditions in space. The all-laser LASIK technologies, which utilize wavefront guided and femtosecond lasers, have also been cleared for U.S. military personnel, including most recently Air Force pilots.

"NASA's approval is further evidence that today's LASIK exceeds all established standards of safety and effectiveness," said Steven Schallhorn, M.D., retired captain of the U.S. Navy, investigator in multiple studies involving use of LASIK and other refractive surgeries for treatment of nearsightedness, farsightedness and astigmatism, and Medical Director for Optical Express. "NASA followed the Naval Aviation clinical studies closely with a particular interest in both safety and quality of vision under extreme conditions. Wavefront guided and femtosecond lasers were proven to provide excellent safety with consistent visual results of 20/20 or better. LASIK was able to withstand even the most extreme rigors of warfare and flight. All surgical procedures have risks, but with this exceptional track record, the average consumer has nothing to fear from LASIK."

LASIK is a two-step procedure. The IntraLase® FS (femtosecond) laser replaces the hand-held microkeratome blade historically used in creating LASIK corneal flaps -- the first step of the procedure. The computer guided, ultra-fast laser virtually eliminates almost all of the most severe, sight threatening LASIK complications related to microkeratomes. The laser creates an optimal corneal surface below the flap, allowing for better visual outcomes from the second step of the procedure where wavefront guided technology maps, and then custom-corrects vision based upon the unique characteristics of an individual's eye. This sophisticated measurement provides 25 times more precision than measurements using standard methods for glasses and contact lenses.

Though LASIK has been around for almost a decade, concerns about the harsh aviation environment prevented its use. To date, aeromedical professionals have been cautious of employing the procedure on military aviators who frequently encounter environmental extremes such as high altitude, dry air, wind blast and "G" forces. In space, these and other conditions add even higher levels of concern due to the extreme precision needed during flight and space walks.

Dr. Schallhorn, himself a retired naval aviator, spearheaded the majority of the Defense Department's research in laser vision correction. Some notable results of the many clinical trials conducted include:

* An evaluation of Custom LASIK in 100 military personnel showed that 95 percent achieved 20/20 uncorrected vision or better; these patients, on average, were previously only able to read the first line (the big "E") of the vision assessment chart.1
* In a study of different methods to create the LASIK flap, 370 naval personnel underwent bilateral wavefront-guided LASIK with either the femtosecond laser or microkeratome blade. One week after surgery more than 76 percent of femtosecond laser patients achieved an uncorrected visual acuity of at least 20/16 (better than 20/20) compared to 58 percent of microkeratome patients.2
* In an evaluation of 785 aviators, 89% of Navy pilots rated their ability to land on an aircraft carrier as moderately to significantly better after laser vision correction. None said it was worse after surgery.3
* A separate study determined that over 90 percent of marksmen had improvement in marksmanship skills after laser vision correction; a significant result given the visual precision of marksmen.4

"Today's news further validates AMO as the global leader in laser vision correction technologies," said Jim Mazzo, AMO chairman, president and CEO. "Our Advanced CustomVue™ LASIK with the IntraLase® Method is the only procedure in the U.S. to incorporate the technologies specifically approved for use by NASA."

In the U.S. laser vision correction market, the Advanced CustomVue™ LASIK procedure with the IntraLase® Method has become the new standard and is rapidly becoming the most widely performed laser vision correction procedure. In fact, the majority of premier ophthalmic teaching institutions, including Duke University Medical School, the Wilmer Eye Institute at Johns Hopkins, the Bascom Palmer Eye Institute at University of Miami, and Stanford University, totaling over 16 domestic and international teaching institutions use Advanced CustomVue™ LASIK with the IntraLase® Method to train the next generation of LASIK surgeons.

The Advanced CustomVue™ laser vision correction procedure stands in a class of its own with the broadest range of FDA-approved indications. When combined with the power and precision of the IntraLase® Method, the Advanced CustomVue™ procedure represents the most advanced LASIK procedure available to patients today. The IntraLase® FS laser, the first technology for a blade-free LASIK procedure, replaces the handheld microkeratome blade historically used in creating LASIK corneal flaps -- the first step of the procedure -- with a computer guided, ultra-fast femtosecond (fem-to-second) laser. The IntraLase® laser virtually eliminates the majority of the most severe sight-threatening LASIK complications related to use of the microkeratome.5 Additionally, by creating an optimal corneal surface below the flap, the IntraLase® Method provides for better visual outcomes -- taking patients to 20/20 vision and beyond.6 More than one million LASIK procedures using the IntraLase® Method have been performed. With the company's acquisition of IntraLase® Corp. in April of 2007, AMO is the only ophthalmic device manufacturer in the U.S. to market a femtosecond laser approved for use in creating LASIK corneal flaps and other corneal incisions.